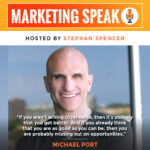 Speaking is the fast path to demonstrating your credibility. Speaking is also how you share your expertise - on stages, on podcasts, on videos, and even on TV. Yet, surprisingly, many subject matter experts and entrepreneurs are either uncomfortable or unskilled at presenting in front of the audience. And often the speech gets worse the larger the audience. It’s uncanny how an audience of ten thousand can cause knees to knock and voices to quiver.  The good news is, great speakers are made, not born. Becoming a great speaker takes practice, yes. Yet it is a skill that can be honed over time. And no matter how good you are at it, you should hone it. I myself feel I have a ways to go, even though I've given thousands of presentations around the world. I’ve honed my craft over the last two and a half decades, but my biggest breakthrough in speaking came about this year, while attending a course called Heroic Public Speaking grad program. And the instructor? Today’s guest, Michael Port.  Michael earned his MFA in acting from NYU 25 years ago, then began working in TV, film, and theater. Now, he teaches non-actors what actors know on how to give better performances both onstage and off. Michael is the author of eight books, including Book Yourself Solid and Steal the Show. They've been translated into 29 languages and been on the bestseller lists of the NY Times and Wall Street Journal, among others. His clients include Disney, Best Buy, Guardian, Olympians, Navy Seals, FBI agents, Astronauts, and thousands of others who care deeply about making a difference in the world. This jam-packed conversation not only covers how to have an outstanding stage presence your audience will never forget, but also how you can become a better, more authentic, and present communicator both in business and in life. On with the show! 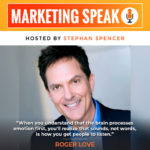 Many of us may take it for granted, but the quality of our voice plays a huge role in our lives- both business and personal. The sound of your voice is oftentimes the basis of someone’s first impression of you. And as such, your voice plays a critical role in your sales and marketing. How you speak and how you present yourself on stage determines to a large degree how persuasive your presentation or sales pitch will be.  It only takes a split second for your prospects or audience to decide whether you’re credible, interesting, and worthy of their time. Would you believe that if you’re not happy with the voice you have now, you can change it and become a better communicator? It’s true. My guest for this episode number 216 is Roger Love. He’s recognized as one of the world’s leading authorities on voice, and his clients include Tony Robbins, John Mayer, Selena Gomez, Brendon Burchard, Simon Sinek, Reese Witherspoon, and Bradley Cooper, to name a few.  My wife, Orion, and I had the pleasure of attending one of Roger’s events earlier this year, called Voice of Success, and we were blown away! We learned so much valuable stuff from the multi-day curriculum that I had to have Roger on this show. He’s actually already been a guest on my other show Get Yourself Optimized – episode 68 – and that too is an amazing episode, so check it out. In this episode, we are going to learn from Roger what it takes to become a better speaker and communicator, so that you can share your message as powerfully as possible and change the world in the process.  On with the show! 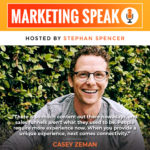 How many times have you logged out of a webinar early because it seemed like a waste of your time? Maybe the content just wasn’t engaging. Or maybe there were annoying technical issues. Or maybe you got tricked into thinking it was live when it was actually a replay. It’s a common experience that highlights the fact that if you’re running a webinar, you need to be on top of your game -- throughout the entire webinar. And, you need the right tools for the job.  One person who knows this better than anyone is Casey Zeman. Casey started out as a video marketer on YouTube and moved into webinars after he realized the massive financial potential. He never looked back, eventually building his own webinar software platform which became EasyWebinar. Along the way, Casey ran hundreds of successful webinars himself, learning what worked and what didn’t the hard way. Casey is also the founder of the TribeMinded Mastermind and has consulted with companies such as HarperCollins, Estee Lauder, and Dell. If you want to make the most of webinars in your marketing and you’re looking for latest and greatest tips, tools and tactics, this episode is for you. Casey and I will be discussing webinar automation, interactive tools, webinar sales funnels, and a bunch of ways to take your webinars to the next level. On with the show. 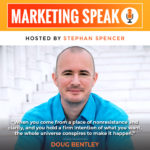 To me, business is a spiritual game. This is something that you may have heard me say before, like in my most recent interview of Jay Abraham. With the right mindset, running marketing campaigns and growing your business can transcend the transactional and offer tremendous opportunities for personal growth. I find it extremely satisfying when I can use my business to help others and be a part of something bigger than myself.  My guest for this episode #214, Doug Bentley, also comes at his business from a spiritual perspective. Doug isn’t just a gifted web designer and entrepreneur, he’s also one of the most spiritual people I know. This is due in no small part to his 10 years as a Oneness monk in India serving under Guru Sri Bhagavan. Now he’s back in the US, running Inner Vision Studios, a conscious web design firm, and Sacred Wisdom School, which offers spiritual retreats and workshops. Doug has created a lot of value for me and for many others. He really demonstrates that businesses can reveal a lot of light in the world. I’m confident you’ll glean some great insights to help you to do that very thing in your marketing. So let’s get started! 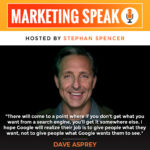 Bulletproof Coffee has become a global phenomenon. And you’re about to hear from the man behind the phenomenon, Dave Asprey. Whether you’re a biohacker like me or not, Dave needs no introduction. He isn’t just the inventor of Bulletproof Coffee, he’s authored three New York Times bestsellers, he hosts the super-popular Bulletproof Radio podcast, and he’s famously declared that he fully intends to live to the ripe old age of 180.  Well, if anyone is going to live to 180, it will be Dave! To achieve his goal, Dave has consulted with some of the leading medical and scientific minds in the world and conducted dozens of experiments on himself. If you want to hear about all the wild and amazing things Dave has tried, check out my interview of him on my Get Yourself Optimized podcast episode #38 and my wife Orion’s interview of him on her Stellar Life podcast, also episode #38, ironically. Those interviews are mind-blowing. While Dave’s groundbreaking work in biohacking is obviously fascinating, there’s another aspect of his genius that’s often overlooked: his brilliant approach to marketing and business strategy. On this episode #213, Dave and I discuss the impact of Jay Abraham, the perils of joint ventures, and the power of authenticity in business. He’ll also reveal why you should always use codes in your affiliate deals! Dave has been featured on The Today Show, CNN, CNBC, Nightline, Dr. Oz, The Steve Harvey Show and too many more to mention. Here’s your opportunity to learn from someone who moves markets, creates industries, and shapes the hearts and minds of millions. Dave may be famous already, but mark my words, he’ll only become more influential in the future. Let’s get this party started! 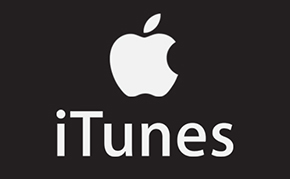 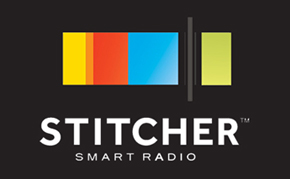 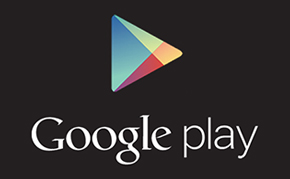 Marketing Speak is a podcast in which thought leaders and professional speakers weigh in on important marketing-related issues.